In 1983, he founded his first gallery in Salzburg, specialising in European and North American contemporary art. Among the first exhibitions organized by the gallery were projects with German artists Joseph Beuys and Georg Baselitz, as well as with younger, emerging American artists such as Jean-Michel Basquiat and Keith Haring.

The gallery now has six distinctive venues in London, Paris, Pantin, Salzburg and Seoul. Today the gallery in Salzburg is located at Villa Kast, a 19th-century townhouse in the picturesque setting of the Mirabell Gardens in the historic center. In March 2010, the gallery opened Salzburg Halle, an additional exhibition space in an industrial area close to the city center.

In 1990, Mr. Ropac opened his primary Paris space in Le Marais, spanning four floors and including an extensive drawings department. October 2012 saw the completion of the ambitious redevelopment of an early 20th-century ironworks factory to create an art space in Paris Pantin. Its location in the northeast of Paris in the neighborhood of the Philharmonie de Paris has prompted new perspectives for the gallery, fostering interactions and collaborations with the cultural community and allowing for the unprecedented display of large-scale works.

Thaddaeus Ropac London opened to the public in April 2017. Based at Ely House in Mayfair, a historic mansion that was formerly the bishop of Ely’s London residence, the building now houses four distinct gallery spaces.

In 2021, the gallery opened its sixth location in Seoul’s thriving cultural district of Hannam-dong. The space occupies the first floor of the Fort Hill building, an outstanding architectural landmark. Overlooking the Fort Hill sunken garden, Thaddaeus Ropac Seoul is situated in close proximity to a number of museums and cultural institutions, including the National Museum of Korea, the Leeum, Samsung Museum of Art and the Amorepacific Museum of Art.

With a team of over 100, the gallery currently represents more than 60 artists and a number of renowned artist estates and shows at all major international art fairs. Active in both the primary and secondary markets, the gallery’s role extends to curatorial work, where it acts as a consultant to public institutions as well as an adviser to private and corporate collections. The gallery runs its own publishing house, producing catalogs and books to accompany exhibitions, inviting prominent international art historians, curators and writers to contribute.

Mr. Ropac is a member of the advisory board of the Salzburg Festival and the University of Salzburg and founded the Austrian Friends of the Israel Museum. In 2013, he was accorded the Chevalier de la Légion d’Honneur by French President François Hollande. 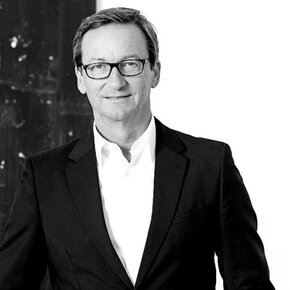