Daniel Birnbaum is a Swedish art critic, theoretician, curator and the former director of the Museum of Modern Art (Moderna Museet) in Stockholm. He is now the artistic director of Acute Art in London.

From 1989 until 1997, Mr. Birnbaum worked as an art critic at the leading Swedish newspaper Dagens Nyheter and also as an independent curator. In 1998, he obtained his doctoral degree from Stockholm University. He is a contributing editor to Artforum magazine and has written extensively on art and philosophy. He has also worked as a director of IASPIS, the Swedish Arts Grants Committee's International Program for Visual and Applied Artists. In 2000, he was appointed director of the Städelschule in Frankfurt am Main.

Alongside Isabelle Graw, Mr. Birnbaum is a co-founder and co-editor of the Institut für Kunstkritik series. He also recently joined the Hilma af Klint Foundation as an adjunct member of the board and special adviser. 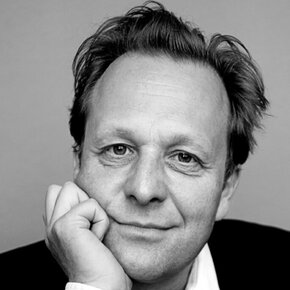