With decades of experience in philanthropy, academia and government, Dr. Silver is a leading voice on issues related to higher education transformation, Asian American and Pacific Islander civil rights, STEM diversity and inclusion, foreign policy and national security, alongside civic engagement in a digital age.

She has extensive experience working at the intersection of governmental, corporate and nonprofit organizations. From 2009 to 2011, She was acting assistant secretary and deputy assistant secretary for international policy at the U.S. Department of Homeland Security, where she spearheaded the development of the department’s first strategic plan for international engagement. She also represented the U.S. in negotiations with foreign governments and international organizations and supported more than 2,000 department personnel deployed overseas. In these capacities, was was regularly called upon to testify before Congress on matters related to international affairs and border security.

From 2013 to 2019, Dr. Silver served as the 10th president of Bennington College, a pioneering liberal arts institution focused on individualized, work-based learning. Under her leadership, the college secured the largest endowment gifts in its history and welcomed its biggest and most diverse classes. In addition to overseeing innovations in curriculum and advising, she also co-led the successful effort to redevelop the town of Bennington’s major commercial crossroads during her tenure.

As policy adviser to Arizona Governor Janet Napolitano from 2008 to 2009, she oversaw the Arizona Department of Commerce and guided policy implementation at the Arizona Economic Resource Organization, Science Foundation Arizona and the Arizona Board of Regents. She also directed community outreach in areas related to science and technology, economic development and diversification, workforce development and tertiary education.

She is chair of the Board of Trustees of the Massachusetts Museum of Contemporary Art (MASS MoCA) and serves on the boards of Philanthropy New York and the Migration Policy Institute. Her prior board engagements include the African Leadership University, Scholars at Risk and the New England Commission of Higher Education, among others. She is an adviser to multiple organizations, including the Academic Leadership Institute and the Asian American Foundation. She is a fellow of the National Academy of Public Administration and a member of the Council on Foreign Relations. She holds a bachelor’s degree from Yale University, a master’s degree in science and technology policy from the University of Sussex and a doctorate in economic geography from UCLA.

Dr. Silver lives in New York City with her family. 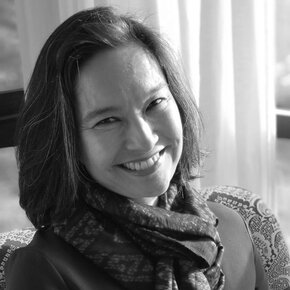