Kenny Schachter has been curating contemporary art exhibits in museums and galleries and teaching art history and economics for more than 30 years. He currently teaches in the graduate department of the University of Zurich, where he was appointed to the advisory board in 2021, and holds professorships at the School of Visual Arts in New York and New York University. He has lectured internationally, been the recipient of a Rockefeller-supported grant in Mexico and contributed to books on Paul Thek, Zaha Hadid, Vito Acconci and Sigmar Polke/Gerhard Richter.

Mr. Schachter has a regular column on Artnet.com in addition to writing widely for various international publications including, most recently, New York Magazine and The Times Magazine in the U.K. He had a retrospective of his art at Joel Mesler’s Rental Gallery in New York in the summer of 2018, curated an exhibit at Simon Lee Gallery in London in the fall of 2018 and a one-person show at Kantor Gallery, Los Angeles, in February 2019. He recently participated in a two-person show with Eva Beresin at Charim Galerie in Vienna in May 2021 and participated in Art Basel 2021 in Switzerland and Miami with Galerie Nagel Draxler.

Mr. Schachter is presently the subject of a documentary being produced and directed by Chris Smith (the maker of “Tiger King”  and “Fyre Festival”) and a Hulu/ABC NFT film. He has been profiled in The New York Times Magazine, as well as The Observer, The Independent and The Telegraph in the U.K. Having made digital art for decades, he spearheaded the traditional art world’s adaptation of non-fungible tokens in 2020 to 2021 by lecturing from Yale to the Hirschhorn Museum and written 12 feature articles for Artnet on the subject. In 2021, he curated wide-ranging exhibitions on “NFTism” — a term he trademarked — at Nagel Draxler in Cologne and on Institut. He is currently based in New York. 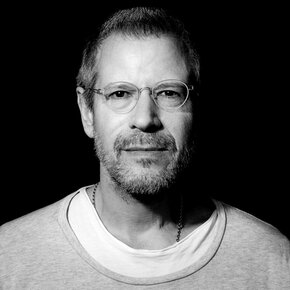