Katerina Gregos is an art historian, curator and writer. She is currently artistic director of the National Museum of Contemporary Art (EMST), Athens. She has curated numerous large-scale international exhibitions and biennials including, among others, the first Riga International Biennial of Contemporary Art (2018); the fifth Thessaloniki Biennial (2015); the Göteborg International Biennial (2013); Manifesta 9 – The European Biennial of Contemporary Art in Belgium (2012); and the fourth Fotofestival Mannheim Ludwigshafen Heidelberg (2011). She has also curated three critically acclaimed national pavilions at the Venice Biennale – Croatia (2019), Belgium (2015) and Denmark (2011) – as well as exhibitions for several institutions including, the Reina Sofia Museum, Madrid; Akademie der Künst, Berlin; the Bozar Center for Fine Arts, Brussels; the Kunsthalle Tallinn and the Kunsthalle Mulhouse, among others. Since 2016, she has also served as curator of visual arts for the Munich-based nonprofit Schwarz Foundation.

Her most recent project, “Modern Love (or Love in the Age of Cold Intimacies),” was presented at the Museum für Neue Kunst, Freiburg, Kunsthalle Tallinn and the Centraal Museum and IMPAKT in Utrecht and will travel to EΜΣΤ at the end of 2022.

Ms. Gregos regularly publishes on art and artists in exhibition catalogues, journals and books. She has been a visiting lecturer at WIELS in Brussels, New York’s International Studio & Curatorial Program, Hoger Instituut voor Schone Kunsten in Ghent and the Jan van Eyck Academie in Maastricht. She has lectured and given talks internationally at universities, as well as cultural institutions such as the Tate Modern in London, the Centre Pompidou in Paris and Art Basel, among many others.

Ms. Gregos has served as artistic director of Argos Center for Art & Media, Brussels and founding director and curator of the Deste Foundation’s Center for Contemporary Art in Athens. She has also served on several boards including, most notably, the board of CIMAM, the International Committee for Museums and Collections of Modern Art. Currently, she sits on the board of the Riga Biennial Foundation and the board of Argos. She is also a member of CAAS, the Academic and Scientific Advisory Committee of the new KANAL-Centre Pompidou, scheduled to open in Brussels in 2023. 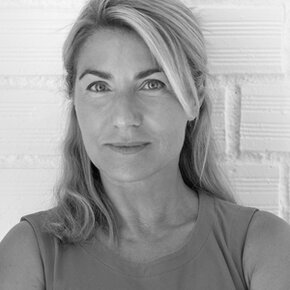