Jessica Morgan joined Dia Art Foundation as director in January 2015 and was named Nathalie de Gunzburg director in October 2017. She is responsible for strengthening and activating all parts of Dia’s multivalent program, including its pioneering land art projects and site-specific commissions, as well as collections and programming across its constellation of sites. She has led a series of initiatives reaffirming and reinvigorating the nonprofit’s founding vision and principles. In 2018, she announced a comprehensive, multiyear campaign that includes the upgrade, revitalization and ongoing stewardship of its key programmatic spaces and artist sites.

Prior to assuming her position at Dia, Ms. Morgan was Daskalopoulos curator, international art, at Tate Modern in London from 2010 to 2014 and was curator at Tate from 2002 to 2010. In addition to her work on exhibitions, she played a key role in the growth of Tate’s collection, driving the development of the museum’s holdings of midcentury and emerging art from North America, the Middle East, North Africa and South Asia. She was previously chief curator at the Institute of Contemporary Art, Boston, and a curator at the Museum of Contemporary Art Chicago.

Ms. Morgan organized the 2020 Verbier Art Summit and served as the artistic director of the 10th Gwangju Biennale in 2014. She has published extensively in Artforum and Parkett magazines, as well as other journals and scholarly publications. 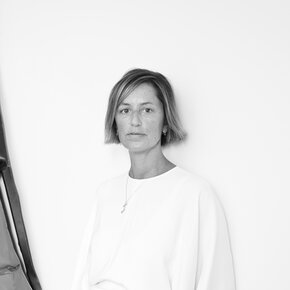