Achilles Tsaltas is president of the Democracy & Culture Foundation, the independent, nonprofit entity that organizes the Athens Democracy Forum in association with The New York Times and other related activities.

With over 30 years of experience in media, Mr. Tsaltas has been responsible for creating and managing strategic partnerships with some of the world’s most renowned corporations.

Born in Australia of Greek origin, Mr. Tsaltas started his media career in 1989 in the advertising department at News Corporation. During his tenure, he launched the business magazine Business Asia, and relaunched the paper’s The Australian Magazine.

Mr. Tsaltas moved to Hong Kong in 1999 to join The International Herald Tribune as deputy managing director, successfully launching print sites and publishing partnerships throughout Asia. In 2004, he moved to Paris as vice president, international circulation and served in a number of executive roles in his two decades of service with The New York Times Company, ultimately relocating to London to become vice president, international conferences in 2014.

In 2019, Mr. Tsaltas established the Democracy & Culture Foundation. With a mission to empower society through citizen engagement and better governance, the foundation develops, programs and convenes the two conferences he conceived at The Times – the Athens Democracy Forum and Art for Tomorrow. 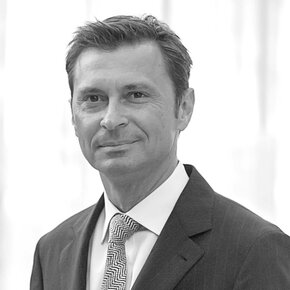