The photography of Fabrice Monteiro straddles genres, with the photo-report, the fashion image and the portrait mingling and clashing to reveal a "Métis" universe in the image of the artist.

Deeply and genetically transcultural, Mr. Monteiro is not surprised by cleavage or bias, but cultivates his characteristic richness by taking a closer look at the themes he tackles. In his series "The Prophecy," between the terrifying visions of a world strangled by waste and the highly stylized portraits resurrecting a forgotten history, he addresses questions of society, politics, religion and identity. Far from being shy, his work is feigned and dodges brilliantly any stigmatisation to let him express the full sensitivity of a non confrontational identity.

Born in 1972 in Namur, Belgium, Mr. Monteiro grew up in Benin. After completing industrial engineering studies, he began a modeling career, which provided him with the opportunity to make his first contact with the photographic medium. Transitioning to a position behind the lens, his first experiences were naturally in the world of fashion, before he swiftly decided to change the record and tell another story. 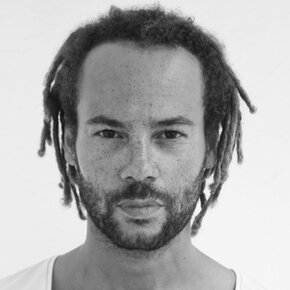