Born in Athens, Dimitris Daskalopoulos is an entrepreneur and the founder and chairman of DAMMA Holdings, a financial services and investment company. He served as chairman of the board of SEV, the Hellenic Federation of Enterprises, from 2006 to 2014 and is currently SEV’s honorary president. He is former vice president of BusinessEurope and previously served as chairman and C.E.O. of Delta/Vivartia, Greece’s largest food conglomerate. In 2015, he founded research and policy think tank diaNEOsis, where he continues in his role as chairman.

Mr. Daskalopoulos is a collector of contemporary art and started the D.Daskalopoulos Collection in 1994. Thematic exhibitions based on his collection have been presented at London’s Whitechapel Gallery, the Solomon R. Guggenheim Museum and the Scottish National Gallery of Modern Art in Edinburgh. He is a vice president of the board of trustees of the Solomon R. Guggenheim Foundation and chairman of its Collections Council. He is also an active member of the board of trustees of the Museum of Contemporary Art Chicago, the Tate International Council, the Leadership Council of the New Museum in New York and a founding partner of the Whitechapel Gallery Future Fund. In 2013, he founded NEON, a nonprofit organization working to bring contemporary Greek culture closer to everyone.

In 2014, ICI honored Mr. Daskalopoulos with the Leo Award, acknowledging his visionary approach to collecting art and his work with NEON. In 2018, he was celebrated at the Guggenheim International Gala for his innovative philanthropy in the arts. In 2022, it was announced that a major body of important contemporary artworks from his collection will be donated to four museums – the National Museum of Contemporary Art Athens (EMST), the Tate, the Guggenheim and the Museum of Contemporary Art Chicago – to create a pioneering network of collaborations and synergies. 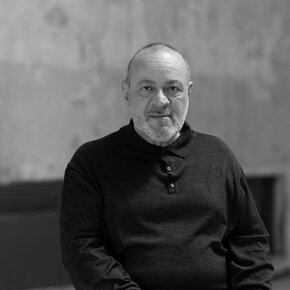