Βorn in 1978 in Athens, he graduated from Millfield School in the U.K. in 1996 before going to Brown University in the U.S. to study history and international relations. He continued with postgraduate studies in public policy, with a specialization in macroeconomics, at Harvard’s John F. Kennedy School of Government. He earned a Ph.D. in political science and international relations from the University of Oxford in 2019.

Mayor Bakoyannis has worked at the Greek Ministry of Foreign Affairs and as an executive manager in the private sector in Athens. He has also held positions in the European Parliament in Brussels and the World Bank in Kosovo.

He is a member of the European Council on Foreign Relations and a Greek Leadership Council member of the United Nations Sustainable Development Solutions Network.

He has served in the Greek Special Forces as a paratrooper.

He speaks English and German. 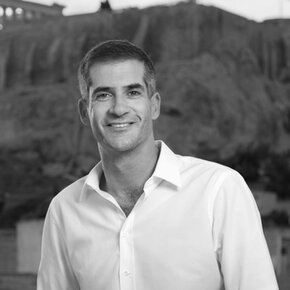