Superflex was founded in 1993 by Jakob Fenger, Bjørnstjerne Christiansen and Rasmus Rosengren Nielsen. Conceived as an expanded collective, Superflex has consistently worked with a wide variety of collaborators, from gardeners and engineers to audience members. Engaging with alternative models for the creation of social and economic organization, works have taken the form of energy systems, beverages, sculptures, copies, hypnosis sessions, infrastructure, paintings, plant nurseries, contracts and public spaces.

Working within and beyond the physical location of the exhibition space, Superflex has been engaged in major public space projects since its award-winning “Superkilen” urban space project opened in 2011. These projects often involve participation, including the input of local communities, specialists and children. Taking the idea of collaboration even further, recent works have involved soliciting the participation of other species. Superflex has been developing a new kind of urbanism that includes the perspectives of plants and animals, aiming to move society towards interspecies living. 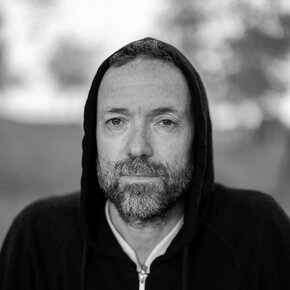