Born in 1968, Andreas Angelidakis lives and works in Athens. Trained as an architect with a B.Arch. from the Southern California Institute of Architecture and a master’s degree in advanced architectural design from Columbia University, he maintains a practice centered on research and exhibition, often examined through the lens of the internet.

Mr. Angelidakis has consistently challenged the end product of architectural practice by reversing the representation-to-realization sequence of the production of buildings. He often starts with an existing building, producing models, films, ruins, installations or alternative histories, blurring fact and fiction and smoothing out the borders between the real and the virtual. His exhibitions include “The State of the Art of Architecture” at the inaugural Chicago Architecture Biennial, the 12th Baltic Triennial at the Contemporary Art Center in Vilnius and “Super Superstudio” at PAC Milano, all in 2015, as well as “documenta14” in Athens and Kassel in 2017. 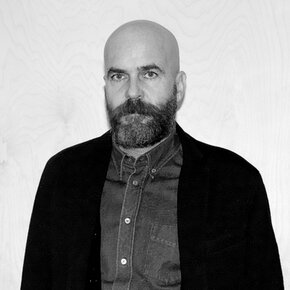