Victoria Siddall is a non-executive director of Frieze, chair of the Board of Trustees of Studio Voltaire and co-founder and trustee of Gallery Climate Coalition.

Ms. Siddall joined Frieze from Christie's in 2004. From 2014, she held the role of global director, taking over from the founders of Frieze and leading four international art fairs across London, New York and Los Angeles. She oversaw the launch of both Frieze Masters and Frieze LA. In January 2021, she became board director of Frieze and secured the launch of Frieze Seoul, which will take place for the first time in September
2022.

Ms. Siddall recently became a non-executive director of Frieze. She continues in her role as chair of the board of Studio Voltaire, a nonprofit gallery and artist studio complex in London that has recently reopened after major capital redevelopment. She is also a trustee of the Ampersand Foundation and a trustee and co-founder of Gallery Climate Coalition — a charity and membership organization for the art world with over 800 members in 20 countries, all of whom have committed to a 50% reduction in carbon emissions by 2030.

Siddall was named as one of the 50 Most Influential People in Britain by GQ Magazine in 2020. 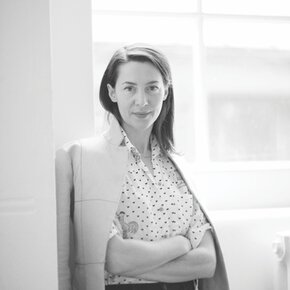